Where R is normalized resistance,

Z0 is Characteristic impedance and

Smith chart is basically an impedance chart containing two set of lines. The first set of lines referred to as Constant Resistance lines form circles, all tangent to each other at the right hand of horizontal diameter. These circles are known as constant resistance, R circles.

There is another set of lines called constant Reactance lines. These lines are arcs of circles, all tangent to each other on the right hand extreme of horizontal diameter and also tangent to this line. These circles are known as constant reactance, X circles.

The reactances have also been normalized with respect to Z0.

The complete Smith chart is obtained by the superposition of the two sets of X-circles and R- circles. 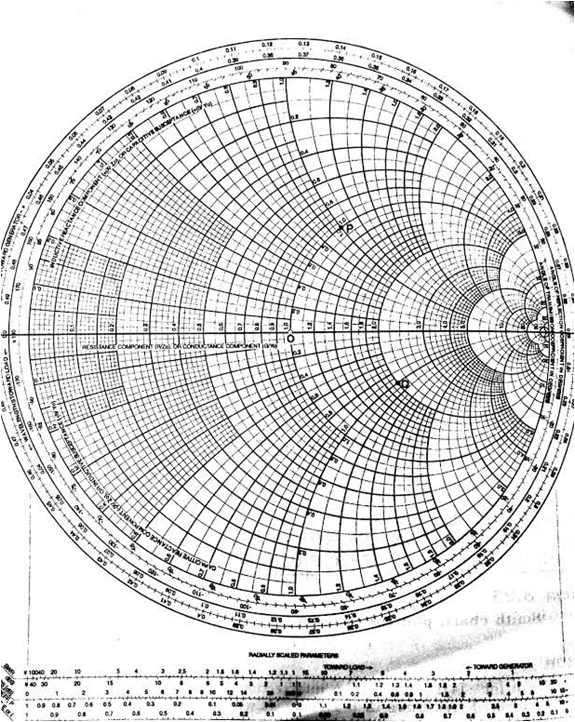